Excitement, acceleration, emotions, and the roar of Ferraris passing by. Ferrari Racing Days are coming to Abu Dhabi, from the 2-5th February, Yas Marina Circuit will host this exclusive private track event. Bringing together the exceptional Ferrari Challenge, F1 Clienti, XX Program and Club Competizioni GT alongside the successful season 3 of Passione Ferrari Club Challenge in a gathering like only Ferrari can provide.

It is with anticipation that Corse Cliente events return back to Abu Dhabi. Across the four days, esteemed clients will come together on one of the world’s most famous racetracks, to drive cars most can only dream of. For more information about each program, please follow the links at the end of this page.

We will witness the marvelous 488 Challenge Evos, dominators of speed and adrenaline, driven by the proficient members of the Ferrari Challenge and Club Challenge aiming to break the clock records and accomplish the first spots against each other.

The noteworthy event opens the fences to the Ferrari owners who desire to be part of the racing community, to test their compelling models and the latest 296 GTB in a safe, oriented environment as part of Passione Ferrari

The journey through mixed sentiments between driving thrill and excitement, joy and competition will leave the crowd with unforgettable memories that only Ferrari is capable of creating. We cannot wait to make Ferrari moments with you. 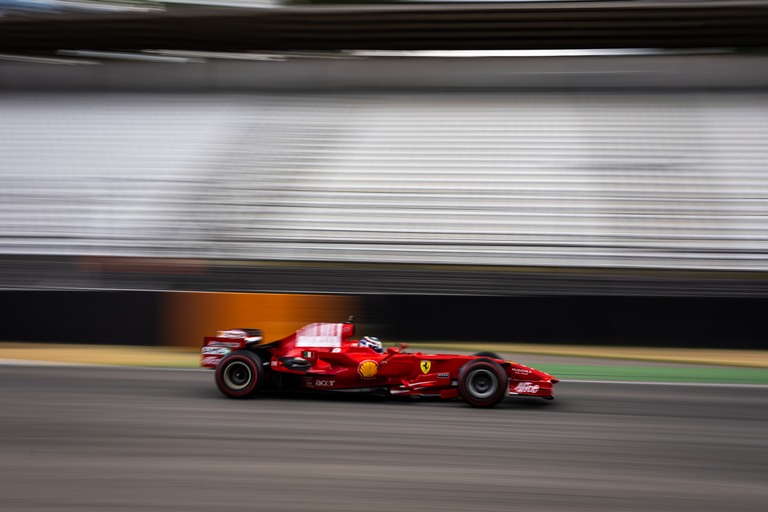 Season 3 of Passione Ferrari Club Challenge Middle East grows in the number of participants with every event. Sp far it has been a season of excitement, thrills and speed across the region with events being held in Abu Dhabi, Dubai, Saudi Arabia, Bahrain and Kuwait. Round 5 of Passione Ferrari Club Challenge sees us back at the world famous Yas Marina Circuit Abu Dhabi for a second time this season.

Passione Ferrari is the introduction to racing, with clients taking to the track in their own Ferraris, or test driving the latest models, alongside expert instructors. It is an exhilarating joy to push these cars to their limits on the world's best tracks. A family day experience for many, it is something to share and remember for years to come.

Club Challenge members will take to the track to further their skills in their Ferrari 488 Challenge Evos. Club Challenge is often known as the gentleman's race, with all races against the clock as opposed to battling it out on the corners, the Super Pole sees winners decided by the tenth of a second and it's always a close finale. 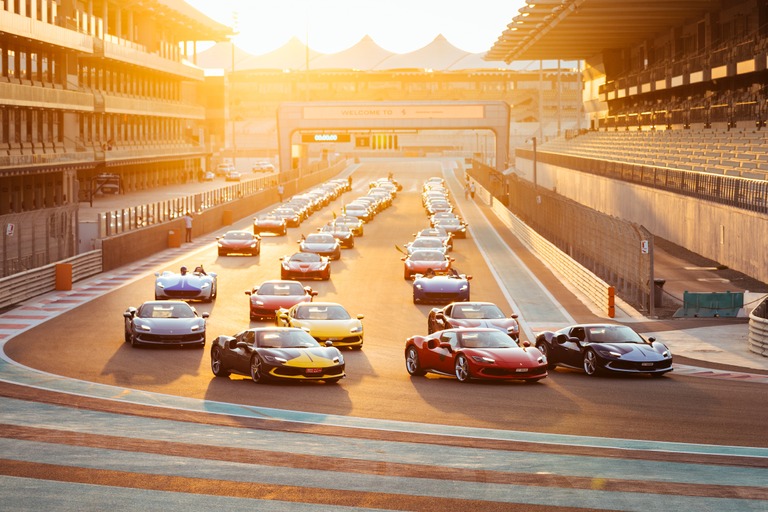 F1 Clienti brings back to the track the single seater racers that Scuderia Ferrari used in the F1 World Championships between the 1920s – 1970s. At Abu Dhabi we will see sixteen of these old age heroes including one Ferrari F300, one F2001, two F2007s, one F60, one F138, and one SF70H, the single-seater hybrid powertrain used in competition in 2017.

The XX Program features the hypercars developed by Ferrari that will never been seen on the streets. Twenty cars will lap the track at Abu Dhabi in a display of power like no other. The most represented car of XX Program is the newest model, the FXX-K Evo, along with other cars such as the FXX and 599XX.

These iconic cars will take to the track at the famous Yas Marina Circuit, Abu Dhabi in a display of history and prestige, the single seater F1 models bringing back memories of glorious moments, accompanied by the most limited series highest performance Ferraris. 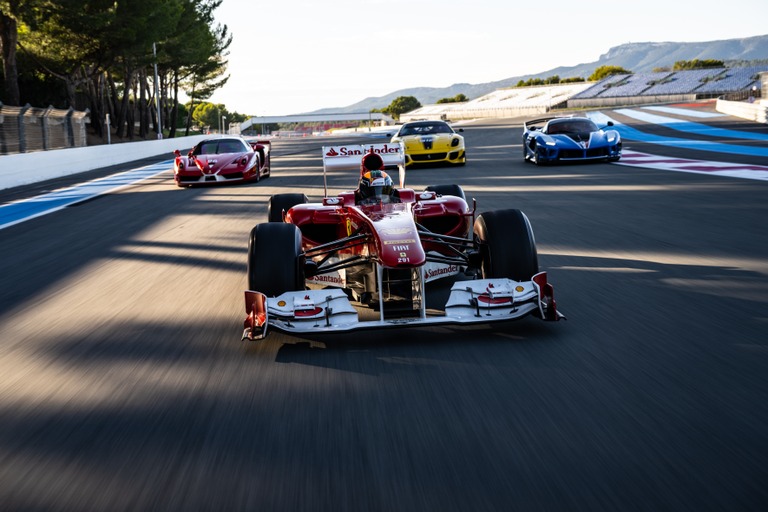 GT racing car heroes from thirty years of Ferrari racing history return to the track alongside current leaders from specific GT championships at Club Competizioni GT's private, non-competitive events. The program invites the owners of these exclusive cars, manufactured since 1989, to take part in track events across the world’s most recognizable, most prestigious circuits. Club Competizioni GT offers a unique experience for owners to drive their own car in a safe racing environment with expert advice and assistance from dedicated official Competizioni GT drivers. Unmatched driving thrills as only Ferrari can provide.

Thirteen Ferrari models are eligible to take part in the Club Competizioni GT, ranging from the 2989 F40 Competizione to the newest 296 GT3s presently available to Ferrari’s racing customers. Club membership provides drivers with everything they need, in addition to the basic equipement that includes a custom clothing kit and a set of tyres for each round, there are also on demand services such as one on one sessions with professional drivers, car transport and customized logistics.

Five cars will be present at Abu Dhabi, the Ferrari 488 GT3 models and the limited edition 488 GT Modificata, unveiled in 2020. This car mounts a twin-turbo V8 powerplant that, not subject to limits imposed by sports regulations, is capable of delivering a maximum power output that is around 700 horsepower. A challenge that spans three continents, with over 1000 drivers that have taken part in 100s of races since it began in 1993. It has grown into one of the worlds most famous one-make championships. With every driver going head to head in the same make, same model and same generation, there is no technical advantage, leaving only one thing to separate the competition, skill.

The Ferrari Challenge is the perfect competition for those who want more than just to drive their Ferraris on the road and feel the desire to compete in top level sprint races. The championship which features Ferrari 488 Challenge Evo cars, is divided into the Europe, North America and Asia Pacific series.

A total of 25 Ferrari Challenge cars are entered into the Abu Dhabi event, with 11 of those valid for the Asia Pacific – APAC series. For the other 14 cars entered, coming from the Europe and North America series, there is an overall ranking that will decide the best at the end of the two rounds. After rounds already held in Suzuka and Fuji, Japan and Mugello and Imola, Italy, followed by Dubai at the end of January, Abu Dhabi will be the last race of the season.

The standings in the APAC series season are in the Trofeo Pirelli AM, sees Yudai Uchida (Rosso Scuderia) leading with 123 points, ahead of Nobuhiro Imada (Rosso Scuderia), at 117. In the Shell Cup, Kazuyuki Imada (Cornes Osaka) is first, on 121 points; second is Kanji Yagura (Cornes Osaka), 21 lengths behind; third is Motohiko Isozaki (Cornes Shiba), 58 points behind. In the Shell AM Cup, Shigeru Kamiue (European Version) is the leader, with 95 points, ahead of Baby Kei (Cornes Osaka) and Andrew Moon (FMK), detached by 42 and 52 points respectively.